The Zen Of Chaos

The third Cha'alt book, Chartreuse Shadows, is ending soon on Kickstarter. In addition to more gonzo goodness, Venger is bringing a little something extra to the table, Ninjas! Yeah it is not an actual “Ninja 5e Class” but a player hand-out. And you know the hand-out is legit because it has a US area-code of “555”. So, what can you do to counter the Cha'alt Ninja Zoltar Khan Delgado and his followers/students?

Su'uper Spies, of course! And what do Su'uper Spies use to know they are working with another authentic Su'uper Spy? Secret Code Phrases!

The following table was inspired by the old cheesy noir spy films where people would confirm their identity or convey secret messages by using phrases like “The tiger swims in the moonlight.” Most of these phrases followed the pattern of “Something” “Does Action” “Somewhere”. Here, you will find a table using the same pattern but tailored to the world of Cha'alt.

Roll for each column.

A melting mutant begins Ascension in The Black Pyramid

In addition to a new mega-dungeon, there will be cultural riffs, maps, and other content that will inspire both Cha'alt and non-Cha'alt adventures alike. Help make Cha'alt: Chartreuse Shadows a reality and bring some gonzo to your (virtual) table. 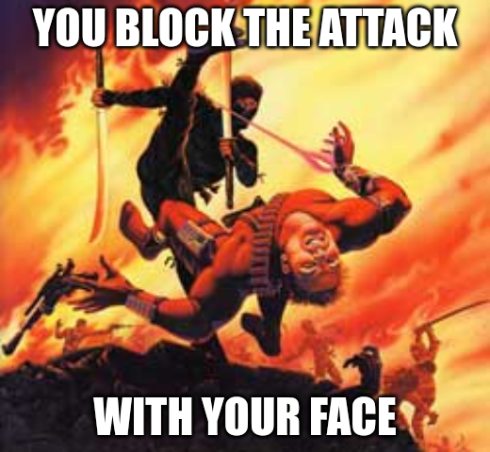